The purpose of life is found in helping others

During 1962–63, Sakari Alhopuro was an exchange student in Michigan in the United States. While on that foreign continent, his heroes became Martin Luther King Jr. and John F. Kennedy, whose inaugural address made an impactful impression on young Alhopuro.

This desire to help also affected Alhopuro’s choice of profession. After his year abroad, the young man, who was interested in the natural sciences, decided to apply to the Faculty of Medicine at the University of Turku – doctor school, as he calls it.

The choice proved to be the right one, and during his years of study, Alhopuro also became interested in the field of research. He tells that, already as a child, he wondered why some dogs have a long nose while others have a flat one. What determines skull growth?

‘I began to research factors that affect skull growth during my studies at the scientific research unit of the Orthopaedic Hospital of the Invalid Foundation. When I had completed my thesis, I wanted to continue with cleft lip and palate research, but I was unable to source enough funding. The narrow focus of my research topic may have been the reason that funding was difficult to get’, Alhopuro explains.

‘The University of Turku provided me with a great education for a medical profession. The knowledge I gained there has been put to the test in many situations throughout my life. They have also helped me to manage in very tense situations, such as when the tsunami hit Thailand in 2004’, adds Alhopuro, who was, at the time, in Thailand with his family and remained there to care for victims.

Alhopuro, who received the honorary title of Lääkintöneuvos in Finland, is grateful for the education he has received, and he has established his Foundation for the purpose of paying it forward and safeguarding the future of high-quality education and research.

‘I would like more people to have access to high-quality education and to ensure that Finland continues to have good doctors. Support for young researchers is important, because they possess the latest knowledge and abundant enthusiasm. Funding is also needed for research in specialised fields that are narrow in scope’, states Alhopuro.

Already before establishing his Foundation, Alhopuro has been involved in developing the operations of the Faculty of Medicine at the University of Turku. Alhopuro called for the teaching of, among other areas, economics and management skills to be included in the training of doctors.

FROM DOCTOR TO ENTREPRENEUR

Economics and management skills have also been necessary throughout Sakari Alhopuro’s career. He spent nearly 40 years running Pulssi Medical Centre, which employed, at its best, more than 500 professionals.

‘Since research work wasn’t very profitable at that time, I had to consider other possible types of “indoor” work. So, together with my friend, Kari Aitasalo, we founded a medical centre in Turku’, Alhopuro says to describe the initial stages of Pulssi with a bit of humour.

Soon, a growing group of fellow students joined in the operations of the medical centre and, gradually, other doctors as well.

‘In the beginning, Kari and I treated all kinds of patients and all types of ailments. Our job description did narrow, however, once additional specialists joined our centre. In the end, Kari became specialised as an ophthalmologist and eye surgeon and I settled into the role of full-time director.’

Alhopuro explains that, in the beginning, he was uncomfortable assuming the role of director, since he had not received suitable training for that position.

‘I studied to be a doctor and, at that time, they didn’t include anything about finances or management as part of medical training. So I decided to attend the management training programme (JOKO) offered, at that time, by the Helsinki School of Economics. It was extremely beneficial.’

Alhopuro, who was awarded a national Entrepreneur of the Year recognition in 1991, succeeded in guiding his business through three deep economic depressions and growing it to be one of Finland’s largest privately-owned medical centres and hospitals.

‘Pulssi employed approximately 250 attending doctors and about 300 other personnel. Pulssi was a success thanks to the contributions of each and every one of its employees’, says Alhopuro.

A successful entrepreneur, Alhopuro is also known as an active advocate of entrepreneurship. In 2015, Alhopuro made a donation to Suomen Yrittäjät (an organisation for entrepreneurs in Finland) that has already been used to fund entrepreneurial training for nearly 10,000 teachers or education students. Funding for the project was inspired by a discussion held with President of the Republic Sauli Niinistö.

‘The President’s primary concern, at that time, was the marginalisation of young men in our country. We surmised that there were many reasons for their marginalisation, one of which is likely that there are not enough jobs for young people.’

Alhopuro tells that he has wondered about the reasons why young people rarely consider becoming an entrepreneur.

‘There are a lot fewer young entrepreneurs in Finland than, for example, in Sweden or the United States. I suspect that the reason for the low interest in entrepreneurship stemmed from the fact that nothing used to be taught about entrepreneurship or its significance to society on any level of education in Finland. Nowadays, the situation is a lot better.’

We can’t afford to squander the competence and knowledge of gifted young people.

FROM ENTREPRENEUR TO A PATRON OF SCIENCE

Alhopuro seeks balance for his working life from nature, where he can often be found accompanied by his camera.

‘Being in nature calms your mind and restores your energy. Over the past years, my outdoor excursions have, however, also raised some concerns on my part. When I have been taking photographs around Turku Archipelago, Kuusamo and Utsjoki in Lapland, I have noted the rapid changes taking place within the biodiversity of the nature in Finland.’

As is his way, Alhopuro didn’t just stop at worrying about the issue but, instead, he began to look for solutions to the situation. In summer 2018, he was involved in founding three new professorships at the University of Turku that were all related to research on biodiversity.

Alhopuro funded tick research conducted by the University of Turku already prior to the establishment of the Archipelago Sea professorship. Alhopuro believes that research concerning ticks, their distribution and the diseases they carry is extremely important.

Thanks to donations made by Alhopuro and the Jane and Aatos Erkko Foundation, the University of Turku now has the world’s largest collection of materials on ticks and a large group of young, talented researchers, who have already discovered many new things about ticks and their distribution.

‘My involvement in the activities of the University of Turku has even further convinced me of the great need for young and talented researchers to get funding for their research work. We really can’t afford to squander their abilities’, adds Alhopuro.

SUPPORT ALSO FOR THE ARTS

The foundation established in Alhopuro’s name in October 2019 endeavours to primarily support high-quality medical and biodiversity research. The aim of the Foundation is also, however, to promote economic education, entrepreneurship and cultural and social well-being in Finland.

‘As is the case with researchers, many young artists also often find it difficult to get funding for their work, particularly at the start of their career. It might even be so that many have abandoned that entire path purely because they haven’t received enough support, either mental or financial, at the time when it was truly needed’, surmises Alhopuro.

A sponsor of sciences who is also interested in the arts, Alhopuro wants to remind us that through their works, artists can take a stand on many social issues and provoke discussion about important matters.

‘I believe that someone looking to become an artist goes through a similar growth process to those entering other professions, such as doctors. Medical school takes many years, partly as a means of ensuring that students truly internalise the work of a doctor. Not just the knowledge and skills but also the overall culture of helping people.’

In addition to the arts, Alhopuro tells that he has been interested in photography since he was a little boy.

‘I took my first butterfly photos when I was very young, but I only became seriously interested in photography in my adulthood. I have had several exhibitions of my nature photography, and I am still interested in this pursuit.’

‘But is nature photography art?’ Alhopuro asks and then immediately provides his own answer:

‘Hannu Hautala received the Pro Finlandia medal, which is only awarded to artists. I think this shows that Hannu Hautala is an artist and that nature photography can also be considered an art form’, says Alhopuro, who can then be given the title of nature photographer along with all the other aforementioned achievements.

Story of the foundation 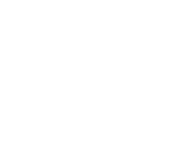 In spring 2021, the Board of the Sakari Alhopuro Foundation decided to continue to support the project.