To be or not to be social?

Despite the far-reaching consequences, we face a significant knowledge gap when it comes to our general understanding of how social interactions and friendships are linked to health. Findings from studies looking at social interactions in non-human animals can improve our knowledge on the relation between health and sociality.

Friendships and social interactions matter in modern human societies. A clinical review of nearly 150 studies found that strong social ties are associated with a 50% better chance of survival in humans regardless of age, gender or health status. Today, many developed countries face societal health problems. For instance, in the United States, the socioeconomic disparities in mortality have become more severe during the last two decades, and in 2018, the United Kingdom appointed its first Minister of Loneliness.

Teasing apart cause and effect in studies on humans is difficult, however, because the very same persons who enjoy strong social ties have often been benefiting since birth from a myriad of lifestyle, dietary and economic factors that contribute to health. This is an important shortcoming in our general understanding of friendships and health because evolutionary theories based on evidence across multiple species expect that higher sociality may lead to benefits such as better access to resources and information, and to costs such as higher susceptibility to disease.

Sociality and group living are widespread in the animal kingdom. In groups of humans and animals alike, different types of relationships may form. Interactions between the same two individuals may continue over time, generating strong social ties, which are often referred to as friendships. Research has revealed the existence of friendships in primates, hyenas, sperm whales and horses, for example. Research on non-human social animals can therefore offer useful opportunities to address key questions concerning the causes and health consequences of friendships.

Human societies, family structures, and social networks are currently changing fast, but non-human animal populations are also experiencing drastic changes such as habitat fragmentation, driven by human activities and climate change. One such species is the Asian elephant. This large, long-lived mammal is not unlike humans in terms of lifespan, family-units, sociability and cognitive skills. Elephants can live up to 70 years, usually give birth to one calf at a time, live in socially complex family structures, and can identify and remember dozens of other individual elephants by smell and hearing. There is also some evidence that elephants can recognize themselves in a mirror and see their bodies as obstacles, suggesting some form of self-awareness.

With funding from the Sakari Alhopuro Foundation, my project aims to provide a better understanding of the link between sociality and health by tapping into a so far unused data source on the social structure, friendships and health measures of semi-captive elephants from Myanmar. These elephants work in the logging industry as transport and draft animals. This study’s structure is conducive for studying the causes and health consequences of sociality and friendship in two key ways. First, the semi-captivity of the elephants provides a semi-experimental setup for this project, allowing for a better method of untangling the causes and health effects of friendship compared to studies on humans and other long-lived social species in the wild. Second, the semi-captive rearing condition is favourable for monitoring health in a detailed way, which is not realisable for animals living in the wild.

Preliminary findings show that male elephants and older individuals tend to be more solitary and generally have fewer friends than female elephants and younger individuals. Furthermore, male elephants that have more social interactions (friends), are not solitary, and reside in work groups that consist of more females than males experience lower concentrations of cortisol (the main “stress hormone” in mammals). Surprisingly, female elephants only exhibited lower cortisol concentrations (and therefore stress) when calves were present in the work group. Together, these findings highlight the impact of sociality on individual health among elephants, and have broad implications for the benefits of social interactions among other mammals. In the next steps, my collaborators and I will look at the link between sociality, immune-competence and parasite infection in these elephants. 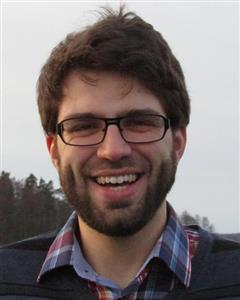 Martin Seltmann is a postdoctoral researcher in the Department of Biology at the University of Turku. In 2014, Seltmann earned his PhD at Åbo Akademi University, and his doctoral thesis dealt with personalities in female eiders. His Sakari Alhopuro Foundation-funded project aims to provide a better understanding of the link between sociality and health of semi-captive elephants.