Those tiny little things that run the world

What has the study of dragonflies’ gut bacteria to do with human well-being? For a researcher, the link is clear: the gut microbiota of humans and insects share many similarities, so the results of insect research may also advance the research of human gut microbiota. As it is known that human intestinal flora may be associated with diabetes and other diseases, any new knowledge in this area is valuable.

In past centuries, attempts have been made to estimate the volumes of various organisms on Earth. In the most recent and comprehensive study concerning the global biomass distribution, the calculations were based on the amount of carbon sequestration in living organisms. According to the study, approximately 0.06 gigatonnes (1 Gt = 1015 g) of carbon is sequestered in all currently living people, whereas an entire gigatonne of carbon (1 Gt C) is sequestered in anthropods, a group of animals that includes, for example, insects, shellfish and spiders. In addition to their enormous number and biomass, insects are also known for their species richness. It is estimated that up to 90 per cent of all species named by science are insects.

While the diversity of insects is nearly incomprehensible, it is even harder to understand the amount of carbon sequestration in bacteria – a total of 70 Gt! Various bacteria exist in vast amounts practically everywhere. In recent years, it has become increasingly clear that bacteria play a key role in the function of almost all ecosystems. Their shocking volume is partly explained by the bacterial colonies living in the oceans, soil and atmosphere. Huge amounts of bacteria also live in and on other species. For instance, it is known that the number of bacterial cells inside our bodies exceeds the number of actual human cells. Correspondingly, huge numbers of bacteria can be found inside insects. However, current knowledge of gut bacteria and their function in insects remains limited.

The Sakari Alhopuro Foundation granted funding for my research project that aims to deepen our understanding of gut microbiota and their function in insects. In this project, I will investigate the composition and function of insect gut microbiota as well as their diverse effects on the host insects. The project is divided into sub-projects aimed at mapping the temporal and spatial variation of insect gut microbiota, the association between the consumed prey species and gut microbiota, as well as the effects of the gut microbiota on the reproductive success of the host insect. Dragonflies serve as model species in the study. They are among the apex predators in the insect world and, through their diet, they accumulate an extensive amount of microbes from different prey species. The study of dragonflies enables us to explore the bacterial species living in both water and soil ecosystems, since the dragonfly larvae are aquatic whereas adult dragonflies are terrestrial.

Gut microbes are mapped with the help of faecal samples collected from dragonflies. Genomic RNA of the gut bacteria can be isolated from the faecal samples. Following the necessary amplification of the isolated gene region, the order of nucleotides are derived through sequencing. The nucleotide orders of the gene region in question vary between different bacterial species, and therefore, by comparing the RNA sequences against the existing gene databases, we can identify those bacterial species that reside in the guts of dragonflies. The abundances of various bacterial species in the gut can be estimated by means of the relative abundances of the quantities of amplified RNA sequences.

The research funded by the Sakari Alhopuro Foundation is still in its initial phase. Fieldwork was carried out in summer 2020 to collect the necessary amount of samples of dragonfly gut microbiota for analyses. In addition, for the purposes of our model, we have optimised the molecular methods required to clarify the bacterial species composition. To date, we have obtained some preliminary results about the diversity of microbial species living in insects and the composition of the gut microbiota in different insect populations.

The title of this blog is adapted from The Little Things That Run the World published by Edward O. Wilson in 1987. In his article, Wilson discusses the diversity and significance of the invertebrate animal species in the world. In light of current knowledge, another category could be included with the organisms serving as the supporting pillars of ecosystems – namely bacteria! 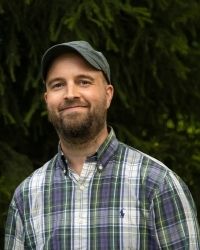 Kari Kaunisto is a Senior Researcher at the Biodiversity Unit of the University of Turku. In 2014, he earned his PhD from the same university and his doctoral thesis dealt with the ecology of dragonflies and their parasites. His research has yielded further information on, among other things, the food networks and parasites of insects as well as issues related to the protection of insects.