Lymph nodes and their immune, stromal and endothelial cells play an important role in the immune system. Cancer cells often metastasize to lymph nodes which causes changes in lymph node cell populations and structures. The effectiveness of cancer therapies can be improved by researching the interaction between cancer cells and other cells.

Cells are heterogenous in the human body. ‘Re’-defining cell types in humans at single-cell resolution is necessary to understand the complex interactions between immune cells and non-immune cells in diseases.

My initial interest in immunology grew from an immunological disorder—atopic dermatitis—that I suffered as a child. At school, however, I pursued my passion for mathematics and didn’t begin to study immunology until after I had completed my undergraduate studies.

In 2012, when I was a PhD student at Osaka University in Japan, I attended a Keystone Symposia conference on “Chemokines and Leukocyte Trafficking in Homeostasis and Inflammation.” It was my first international conference and was different from anything I had experienced at home in Japan. The presentations were fascinating! There were many excellent speakers that opened my eyes to the bigger picture in terms of immunology. I found some of the presentations to be mind-blowing, and I left the conference feeling amazed at the capabilities of the immune system. After this conference, I realised that I wanted to move abroad for research.

A new interaction mechanism was discovered by a new technology

I became interested in lymph nodes during my research. Lymph nodes are important organs for initiating an immune response, and they also contribute to blocking the spread of pathogens throughout the body. In lymph nodes, immune cells such as T and B cells play a critical role in the immune response, but recent studies have shown that stromal cells and endothelial cells—the building blocks of lymph nodes—are also important for the immune system. I developed an interest in examining the complex interactions between immune and non-immune cells in lymph nodes.

In 2017, I relied on imaging techniques, such as multiphoton intravital imaging and 3-D imaging, to explore the lymph node lymphatic system in mice, but I always wondered if there was a better way to uncover the heterogeneity between the lymphatic endothelial cells in different locations. It was at this point that we started to use a new technology: single cell RNA-sequencing. This state-of-the art technology worked well for uncovering heterogeneity within endothelial cells. We discovered the novel interaction mechanism for lymphatic endothelial cells and neutrophils in lymph nodes that may be critical for preventing pathogen spread (Takeda et al, Immunity, 2019).

Now, we have shifted our focus to the field of cancer, which is a new area for me. We are investigating how cancer cell metastasis alters tumor-draining lymph nodes using the single cell RNA-sequencing of human materials. Metastasis is a major factor in cancer death and cancer cells often metastasize to lymph nodes where the immune response to cancer cells is developed. Tumor metastasis into lymph nodes creates an immune-suppressive environment that compromises tumor immunity.

We collaborate with clinicians from Turku University Hospital and regularly get fresh human samples from them. We use human lymph nodes from breast cancer patients to study how tumor metastasis causes dramatic changes in lymph node cell populations and structures. A better understanding of the interaction between cancer cells and the host should help us develop new cancer therapies. There are very few drugs that can be used to treat breast cancer at the moment. While a lot of focus is currently placed on immune checkpoint therapies for cancer, many breast cancer patients benefit only minimally from immunotherapy.

With traditional techniques, we cannot comprehensively describe what type of cells are in the tumor and tumor-draining lymph nodes, or how the specific subsets change in the presence of tumor metastasis. For example, T cells have well-known heterogenous subsets that include helper, cytotoxic and regulatory T cells. We assume that, like T cells, stromal and endothelial cells—the building blocks of environment—are heterogenous and different subtypes will respond in different ways in diseases.

Our preliminary data shows individual differences in cancer patients. Our study may provide the information to help us overcome low response rates to current cancer therapies, such as immune checkpoint therapy. Patients who respond well to immune checkpoint therapy often have a high infiltration of cytotoxic immune cells in their tumors. My research may identify specific stromal or endothelial cells that contribute to recruiting or activating the immune cells, including lymphocytes and antigen-presenting cells in the primary tumor or tumor- draining lymph nodes. 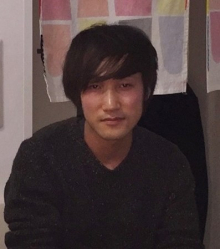 Akira Takeda works as a junior group leader in MediCity Research Laboratory, University of Turku. In 2014, he defended his doctoral thesis in Japan and moved to Turku for his postdoctoral research in Sirpa Jalkanen lab. From September 2020, he has worked as a group leader. His group is studying stromal and immune cell interaction in health and disease.